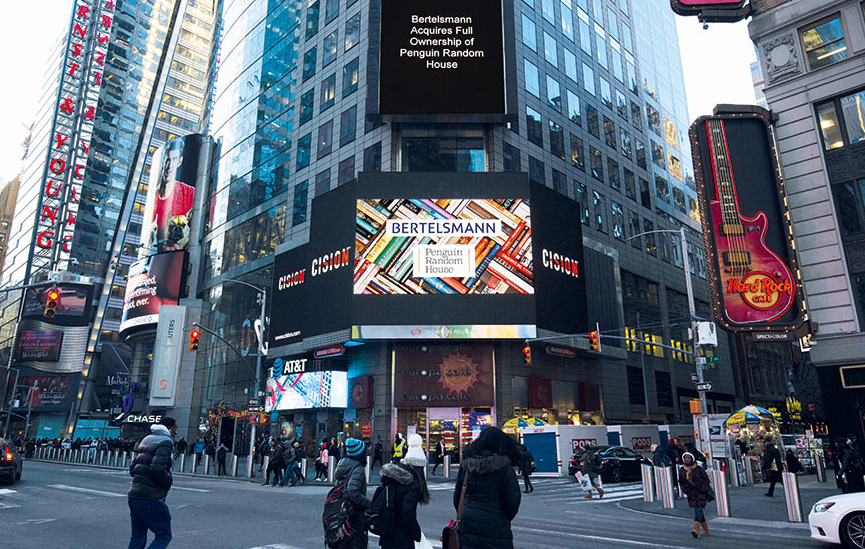 Nearly 185 years after the printer Carl Bertelsmann printed his first book in Gütersloh, today's global corporation Bertelsmann marked a milestone in the expansion of its book business. At the end of 2019, the company announced the acquisition of the last 25 percent of Penguin Random House from the Pearson Group – a step that makes Bertelsmann the sole owner of by far the world’s largest trade publishing group. When Verlagsgruppe Random House in Germany, which was previously managed separately, joins the Group after the transaction is completed, Penguin Random House will unite more than 320 editorially independent publishers, a unique diversity of renowned authors, and global marketing power under its roof.
>600M
books, e-books and audiobooks
sold per year
>15,000
new releases worldwide
per year
Podcast
Publishing Tradition at Bertelsmann 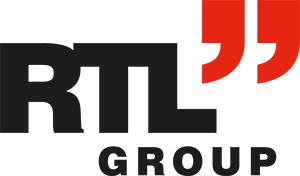 About a year after the relaunch of TV Now, Mediengruppe RTL Deutschland’s platform is by far the strongest German streaming service on the market, with rapidly growing subscriber numbers and several million unique users every month. The offering, which has a clear focus on local content for a broad audience, currently comprises around 34,000 program hours in various genres, from shows and love reality to sports, documentaries and fiction. This includes TV Now Originals such as the first gay dating show, “Prince Charming,” which even won the renowned Grimme Prize in spring 2020, and “M – Eine Stadt sucht einen Mörder” (“M – A City Hunts a Murderer”), as well as TV highlights such as “The Bachelor” and “GZSZ” (“Good Times, Bad Times”) on pre-TV. Besides exclusive pre-releases of popular series and a range of reality and show formats, the platform primarily offers German original productions.
Website TV Now
“Prince Charming“ on TV Now
“M – A City hunts a Murderer“ on TV Now
“The Bachelor“ on TV Now
“Good Times, Bad Times” on TV Now 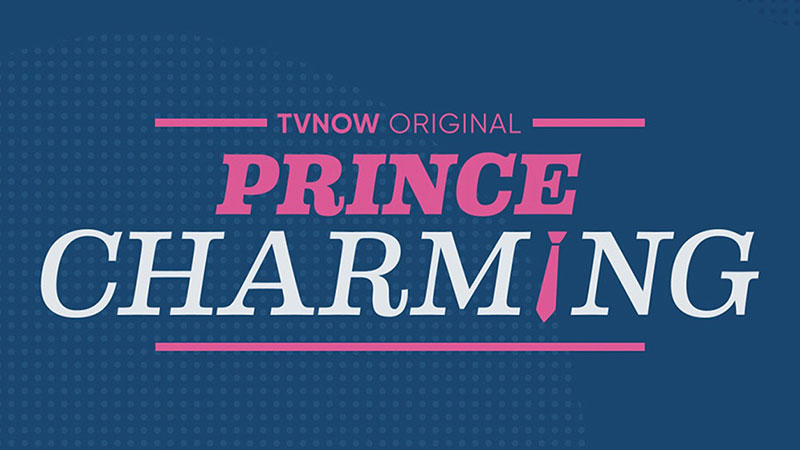 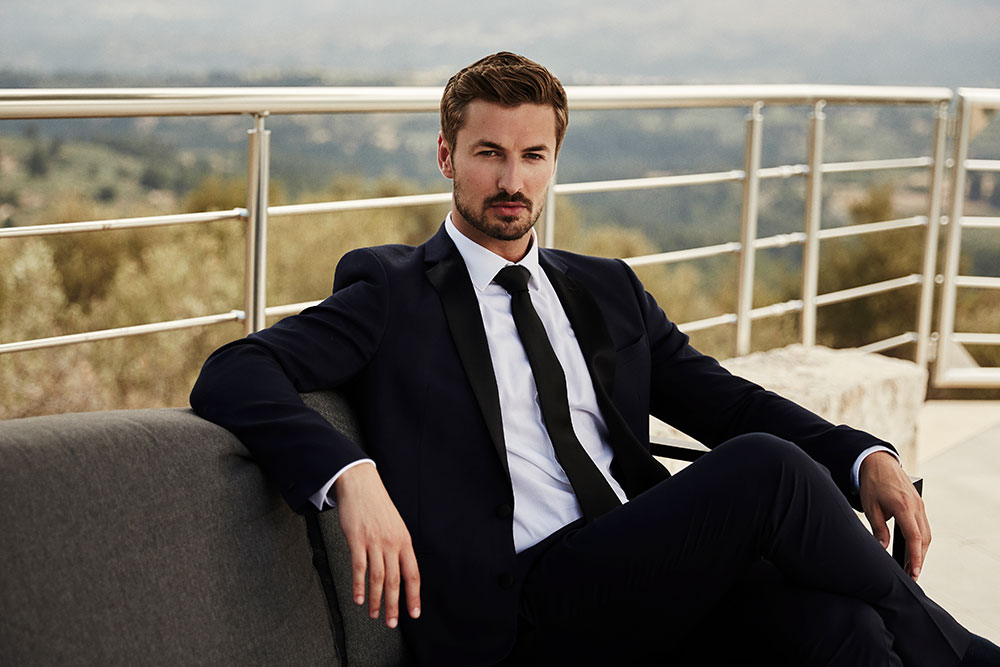 Exclusive content – fully owned and controlled – is a key currency in the broadcasting and streaming business, strengthening the brand and attracting viewers. There were many advantages to RTL Group setting up another creative unit, and in July the Format Creation Group (FC Group) launched in Hilversum, to develop innovative concepts and non-scripted formats exclusively for the Group’s various broadcasters and streaming services. An international team of outstanding creative professionals is dedicated mainly to developing new factual-entertainment formats and reality shows geared to the requirements of domestic markets. 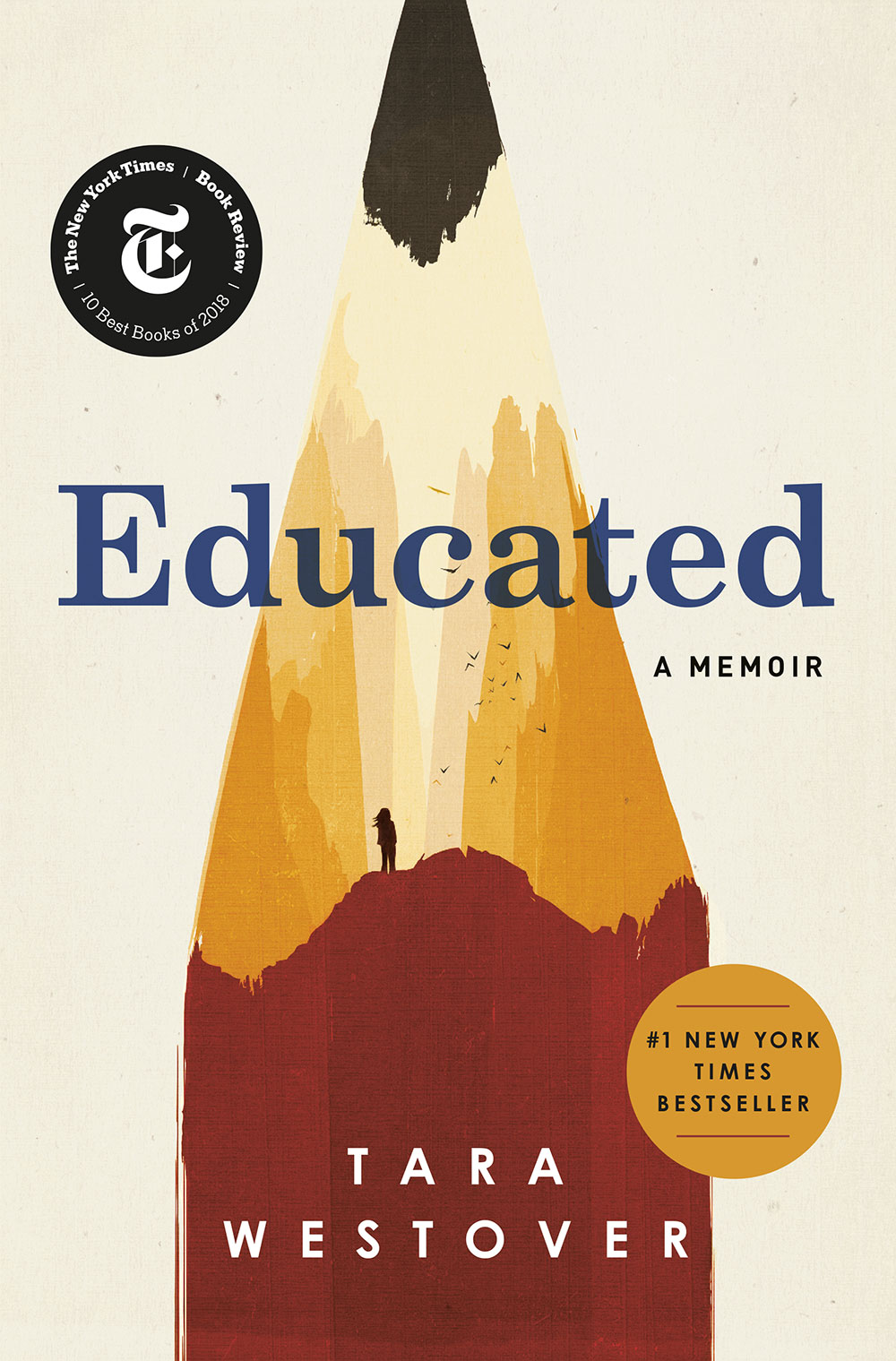 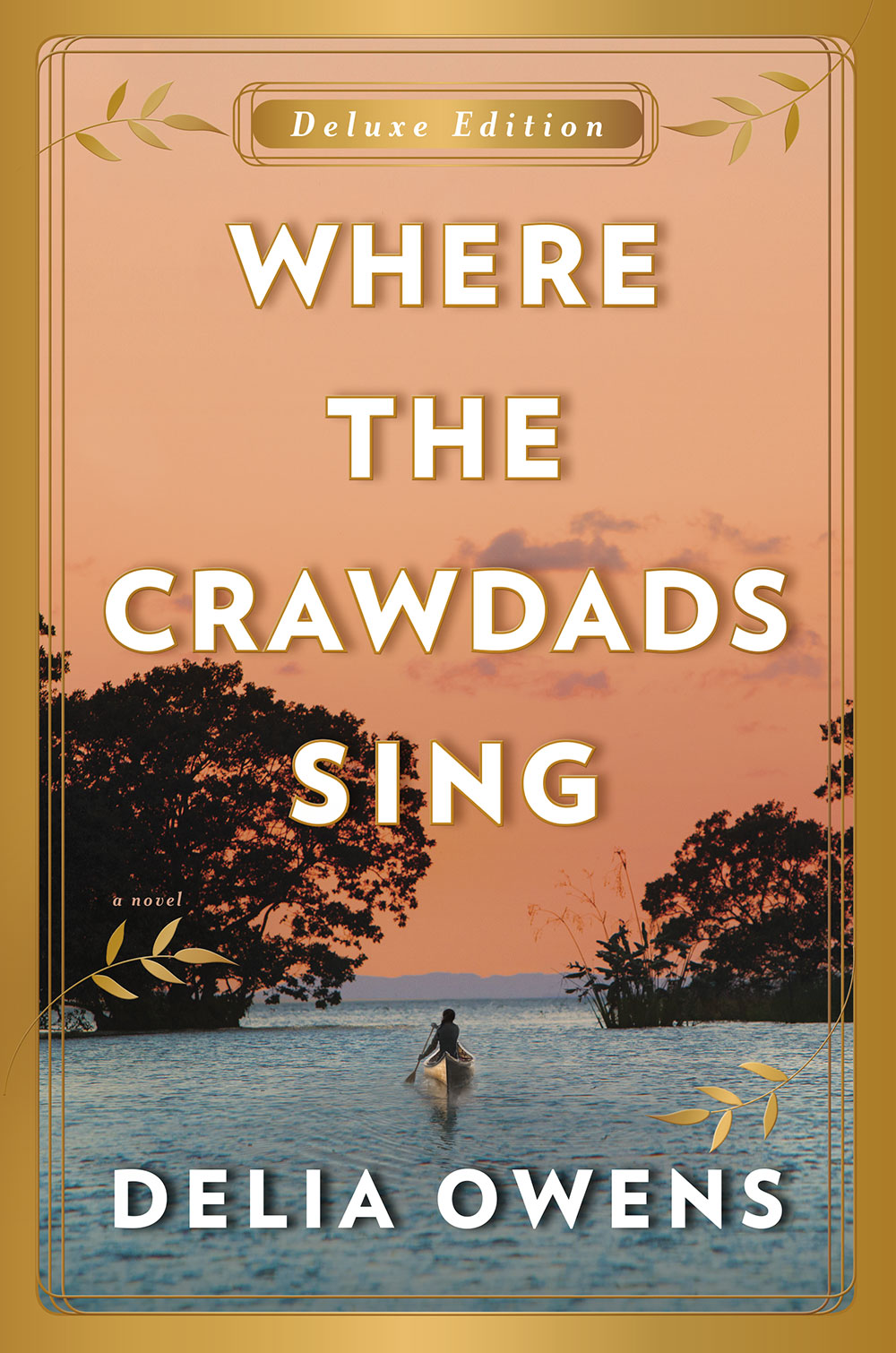 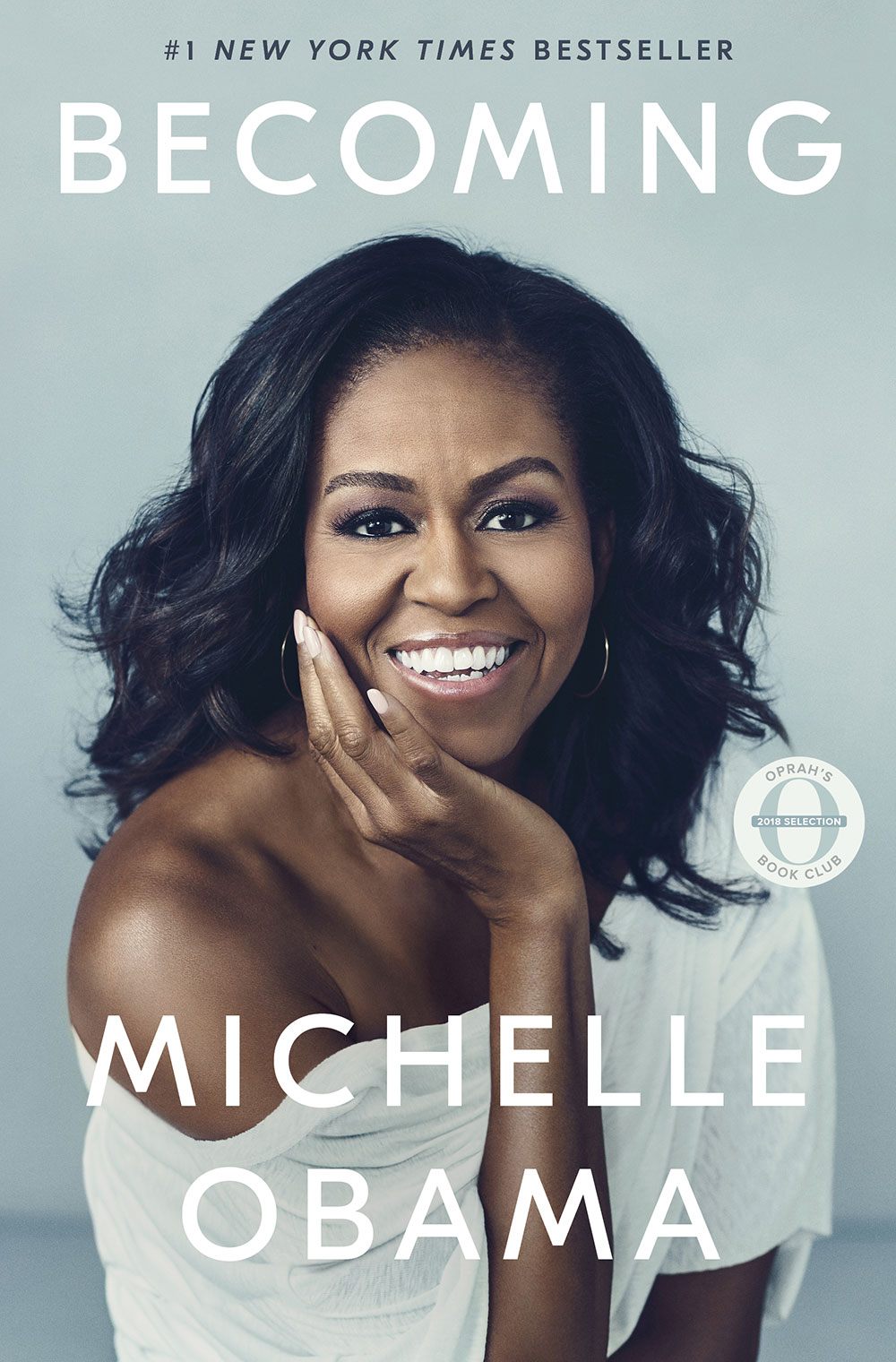 Penguin Random House once again demonstrated its sure instinct for bestsellers: the three top bestselling adult titles of the year in the United States were all by women who entrusted their stories to Penguin Random House for publication. Delia Owens’ richly atmospheric novel “Where the Crawdads Sing” sold four million copies in print, e-book and audiobook formats in the world’s largest book market. The other bestselling titles, each with more than two million copies sold, were Tara Westover’s “Educated,” which describes the author’s escape from the strictness of a Mormon upbringing to attend the world’s best universities, and Michelle Obama’s memoir “Becoming,” which continues to be loved by readers.
Excerpt of “Where the Crawdads Sing”
Excerpt “Educated“
Audio Sample “Becoming“
Excerpt “Becoming“

Penguin Random House expanded its portfolio in growth markets and promising market segments with a series of acquisitions and investments. For example, Grupo Editorial increased its worldwide Spanish-language market share to the number one position with its acquisition of Ediciones Salamandra. In Brazil, Companhia das Letras acquired Zahar, a publisher widely recognized for its educational publications and children’s books. The purchase of Little Tiger Group expanded the company's reach in the British children’s and young adults book sectors. The acquisition of a 45 percent stake in the leading independent US publisher Sourcebooks was also promising; the fast-growing publisher is known for its innovative, market-informed and data-driven publishing approach. 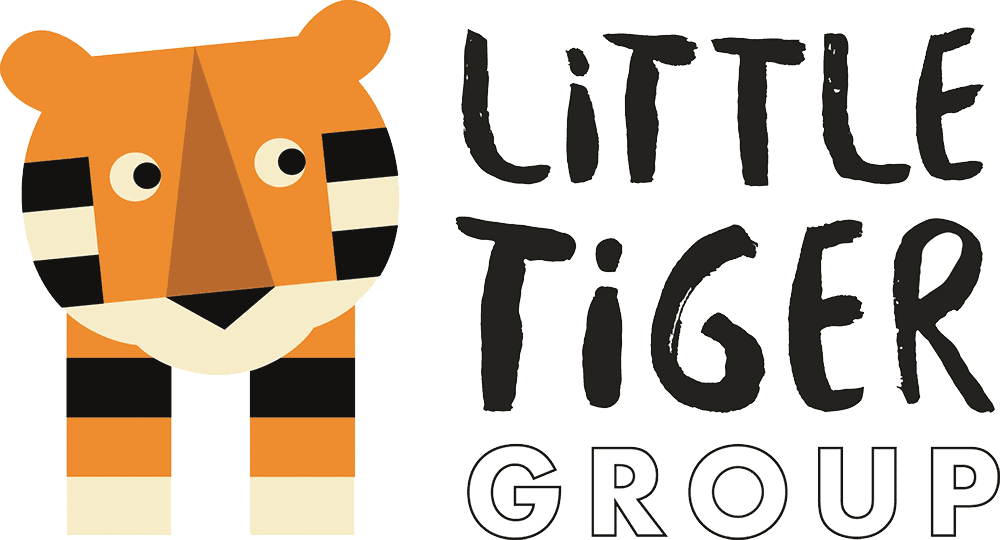 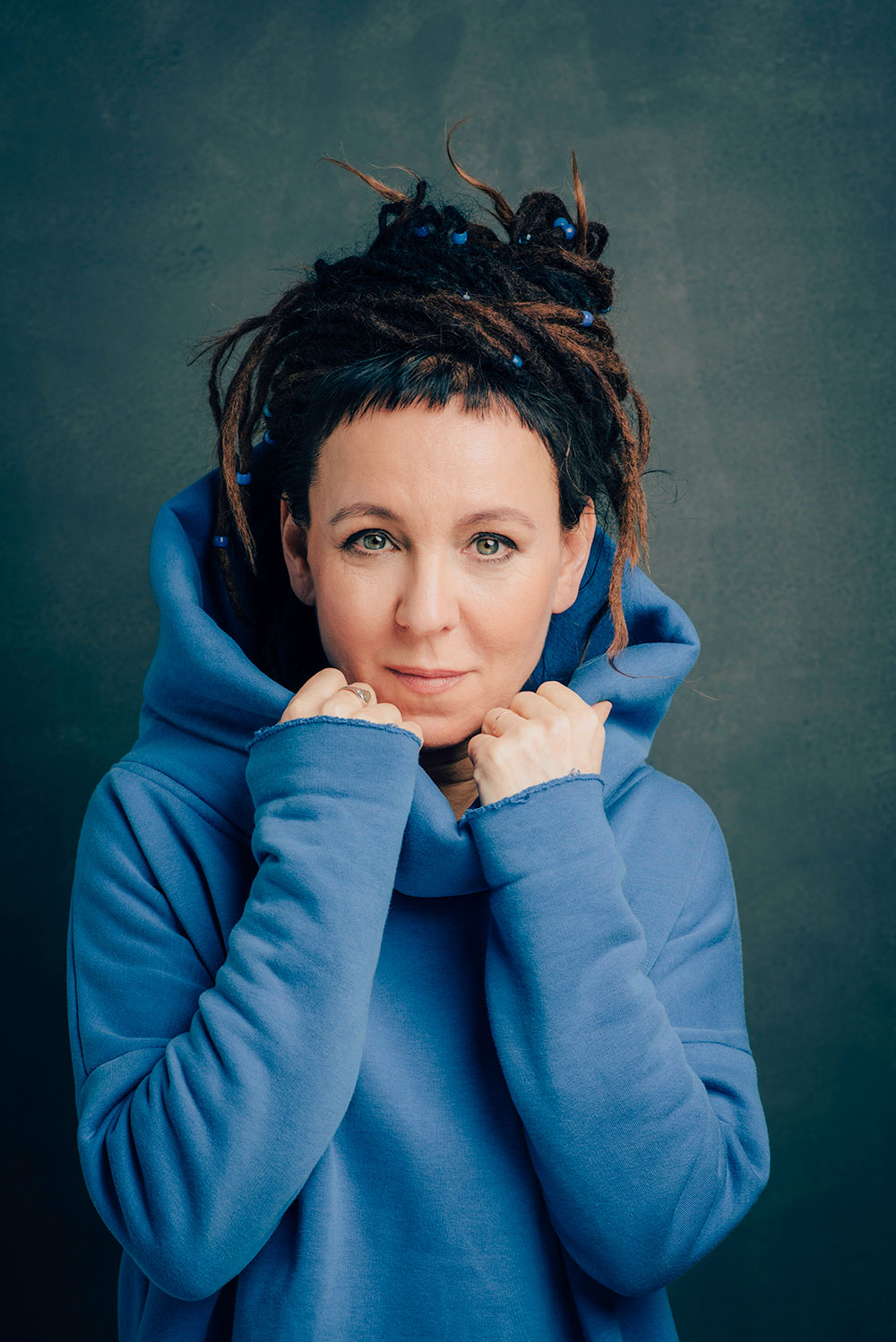 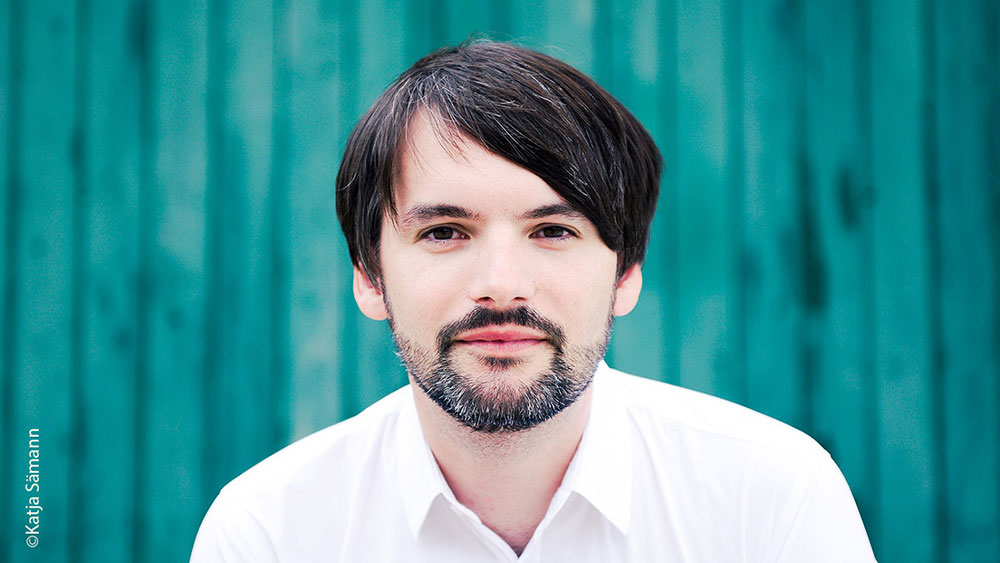 2019 was an extremely successful year for Penguin Random House authors, with three of them winning Nobel Prizes; Polish bestselling author Olga Tokarczuk was retroactively awarded the 2018 Nobel Prize in Literature, and Abhijit Banerjee and Esther Duflo won the Nobel Prize in Economic Sciences. The UK Booker Prize was shared by two Penguin Random House authors: Margaret Atwood for her novel “The Testaments,” and Bernardine Evaristo for “Girl, Woman, Other.” And Verlagsgruppe Random House author Saša Stanišić accepted the German Book Prize for his outstanding novel “Herkunft” (“Origins”) at the opening of the Frankfurt Book Fair.
Excerpt “Flights”
Excerpt “The Testaments”
Excerpt “Origins”

A Digital Home for Fans of Crime and Diets

Whether it’s news or true crime you’re looking for, history topics or diet coaching, Gruner + Jahr has expanded its digital publishing range to include new paid-content products. Content from the best-known G+J brands have been innovatively prepared and presented in multimedia formats, as in the case of “Stern,” which has launched the subscription offshoots “Stern Plus” and “Stern Crime Plus.” The latter offers crime fans real audio and video recordings of victims, perpetrators and investigators; reporters provide insights into the background of the stories. “Geo Epoche” has also launched an online archive to mark its 20th anniversary, and Dr. Eckart von Hirschhausen’s tips on intermittent fasting are now available in the “Hirschhausen Diet” app, including audio coaching.
Read all current issues until April 30th
Stern Plus
Stern Crime Plus
Geo Epoche Plus
Hirschhausen Diet (Android App)
Hirschhausen Diet (Apple App) 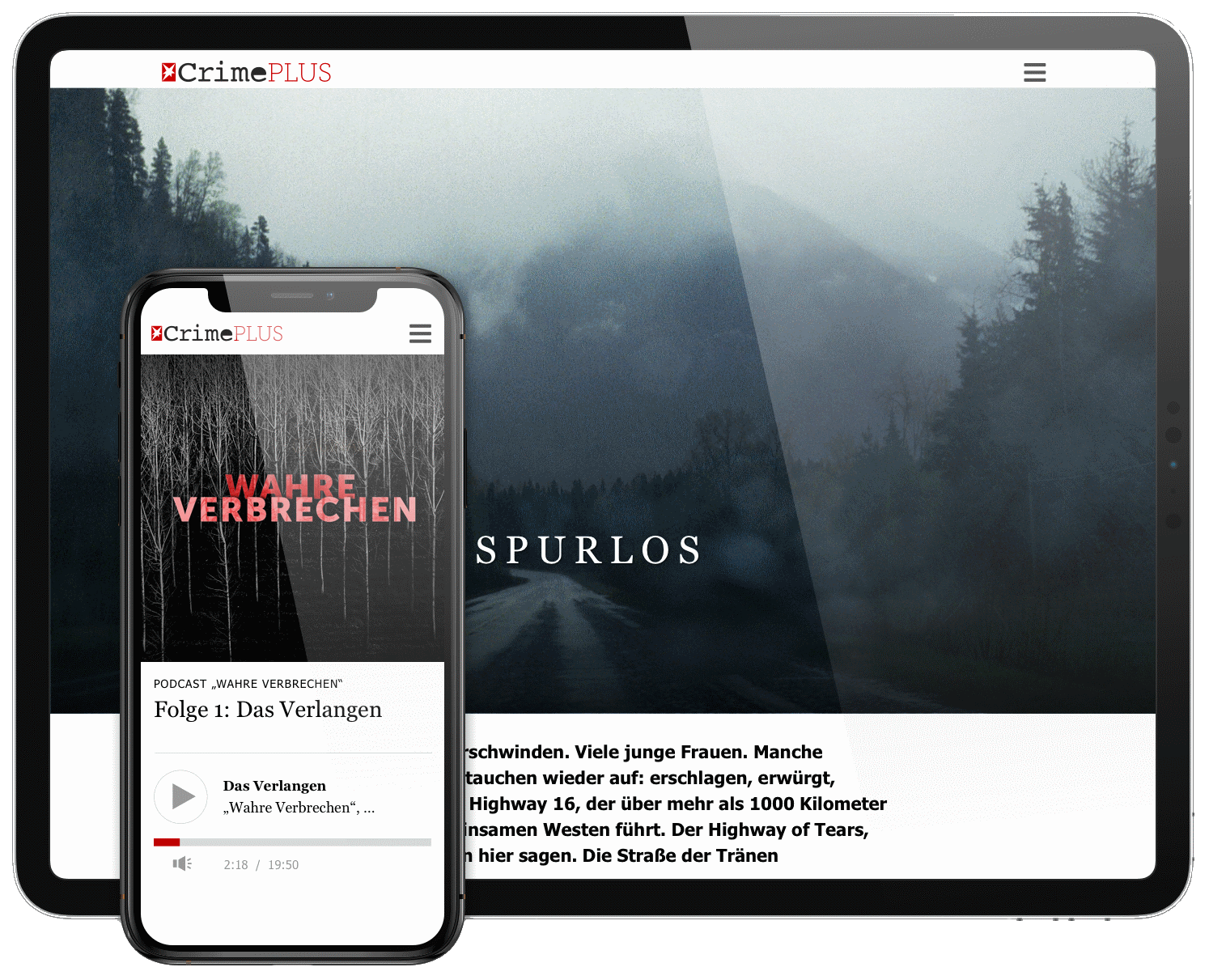 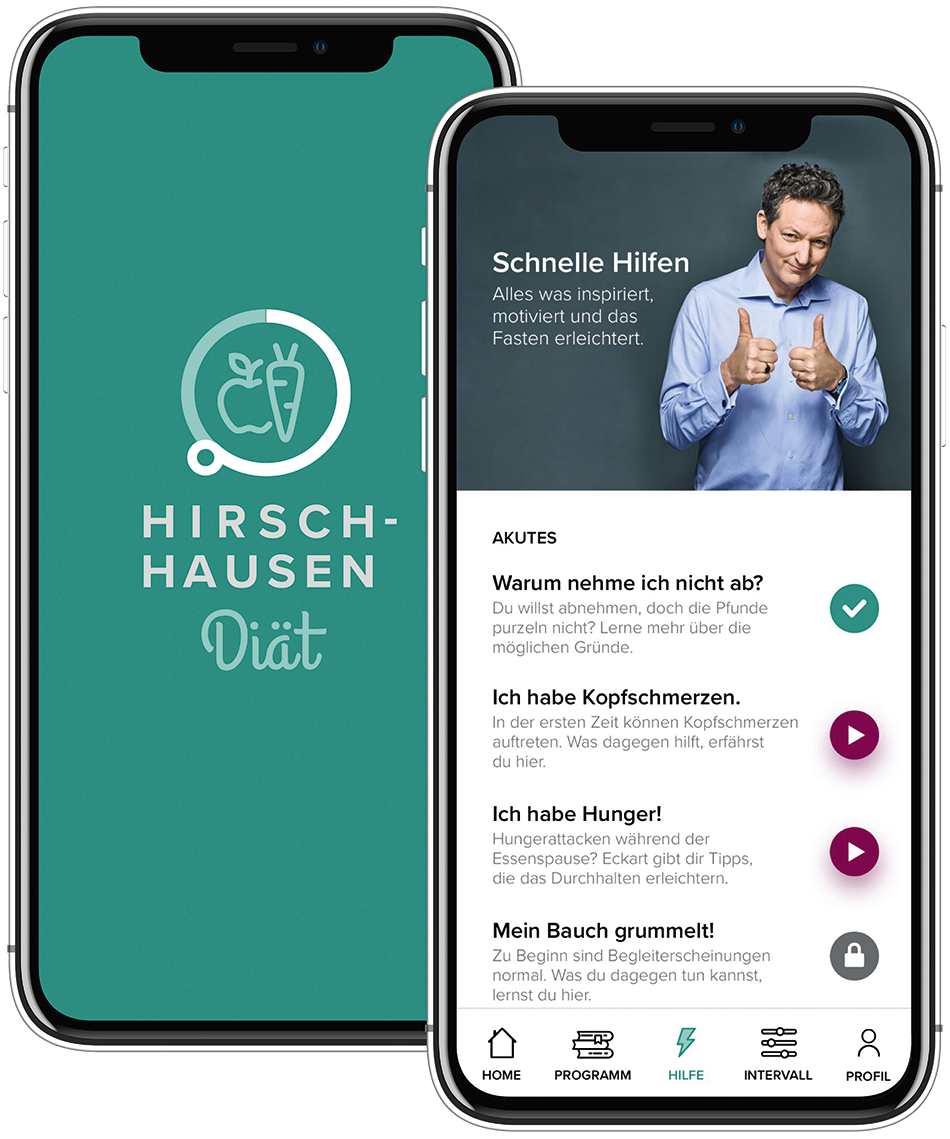 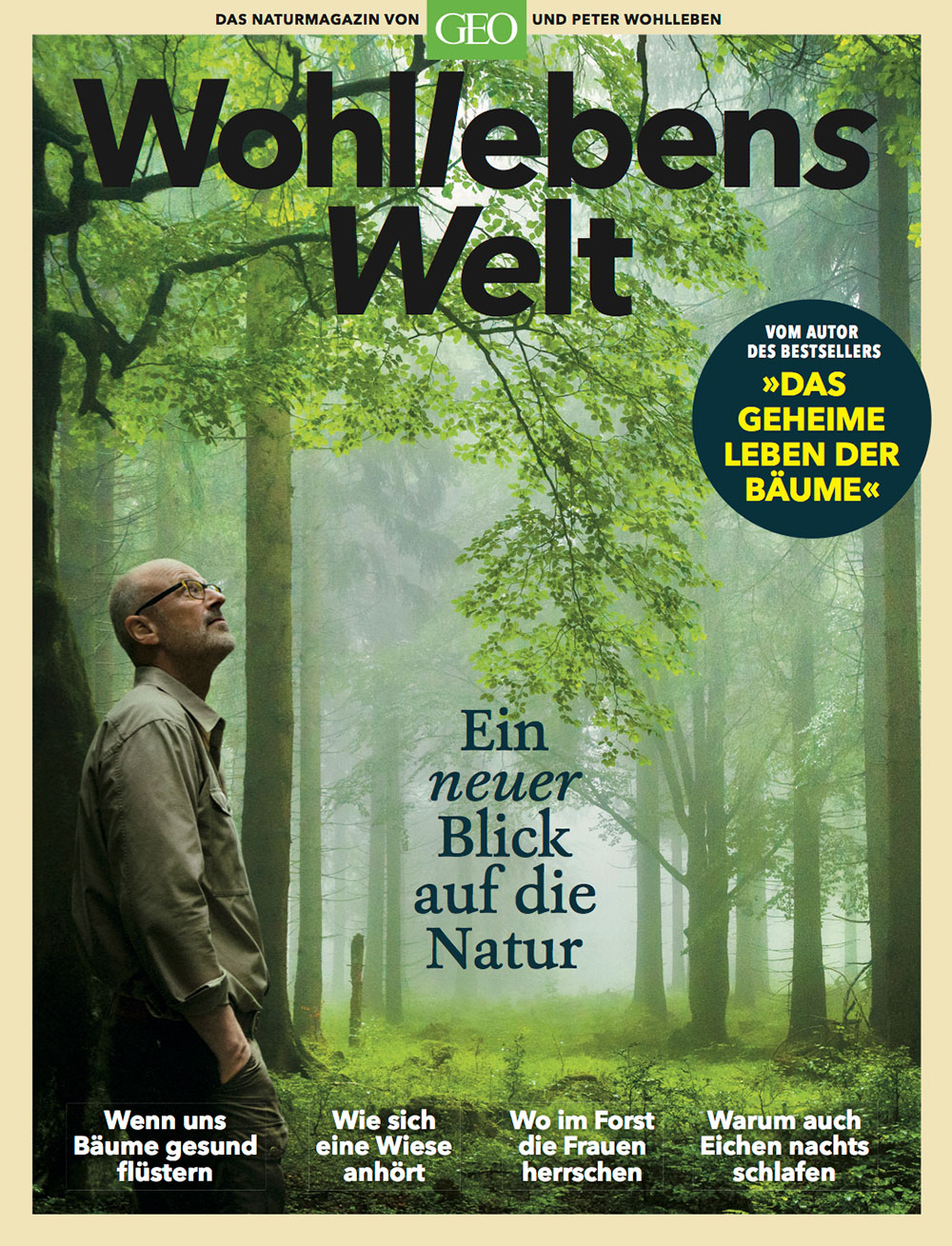 “Wohllebens Welt“ – A Guide through Nature

Gruner + Jahr is already represented in the personality magazine segment with strong brands such as “Barbara” and “Guido.” In April, it added a magazine to the popular-science suite “Geo” that not only has a well-known figurehead, but also caters to a primal longing shared by many people. In “Wohllebens Welt” (“Wohlleben’s World”), the forest ranger and bestselling author Peter Wohlleben (“The Hidden Life of Trees”) takes his readers out into nature and guides them knowledgeably through the animal and plant kingdoms. Complex biological relationships are explained in a clear and exciting way, even for non-experts. In an increasingly fast-paced world, the magazine is intended to encourage people to experience nature again while also raising awareness of the need to protect the natural world.
“Wohlleben‘s World“
Excerpt “Wohlleben‘s World“

Gruner + Jahr was right on trend with its broad range of podcasts. Last year, its creative think tank launched a total of 20 new formats that entice listeners with a colorful mix of topics ranging from comedy and lifestyle to crime and medicine. Especially popular among podcast fans are true-crime formats such as the “Stern Crime” podcast “Spurensuche” (“Searching for Clues”), in which investigators talk about the challenges of their most exciting criminal cases. Meanwhile, the “Geo Epoche” podcast “Verbrechen der Vergangenheit“ (“Crimes of the Past”) offers exciting journeys through time, with topics including Ötzi the Iceman and former drug lord Pablo Escobar.
Podcast “Searching for Clues“
Pocast “Crimes of the Past” 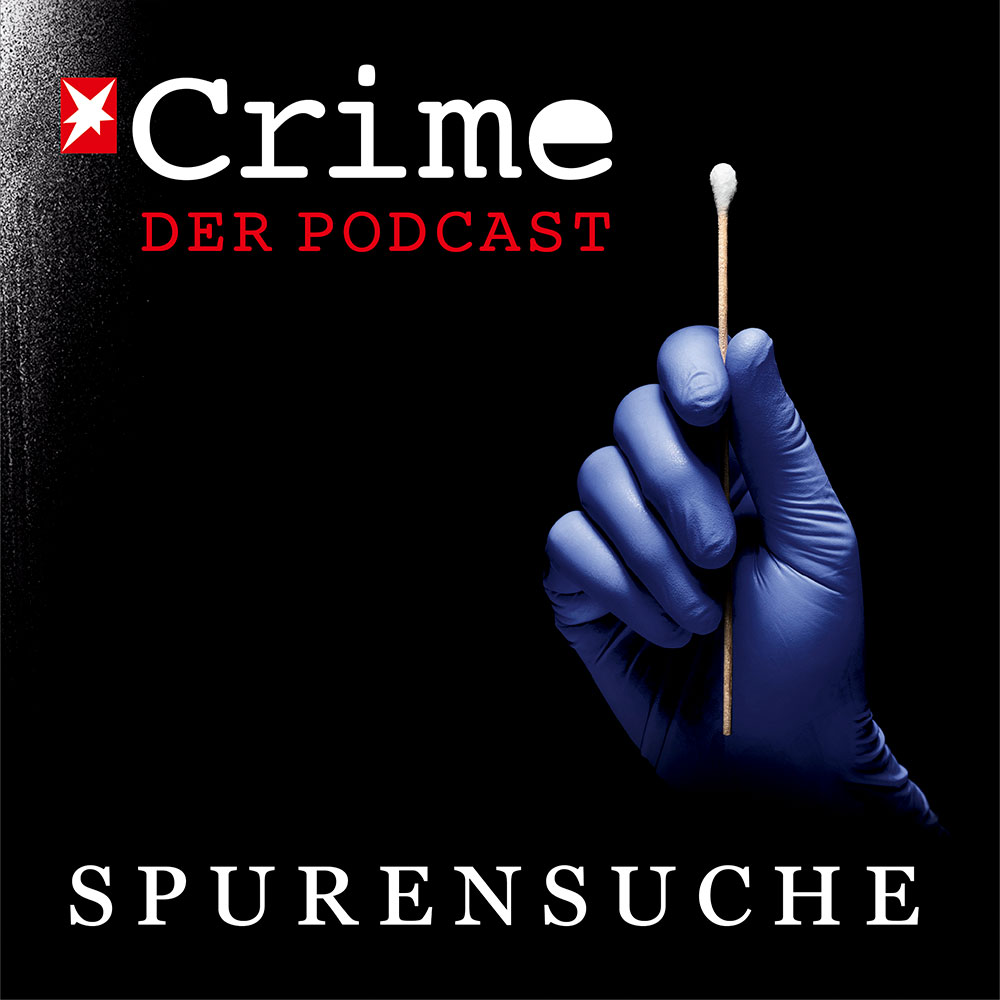 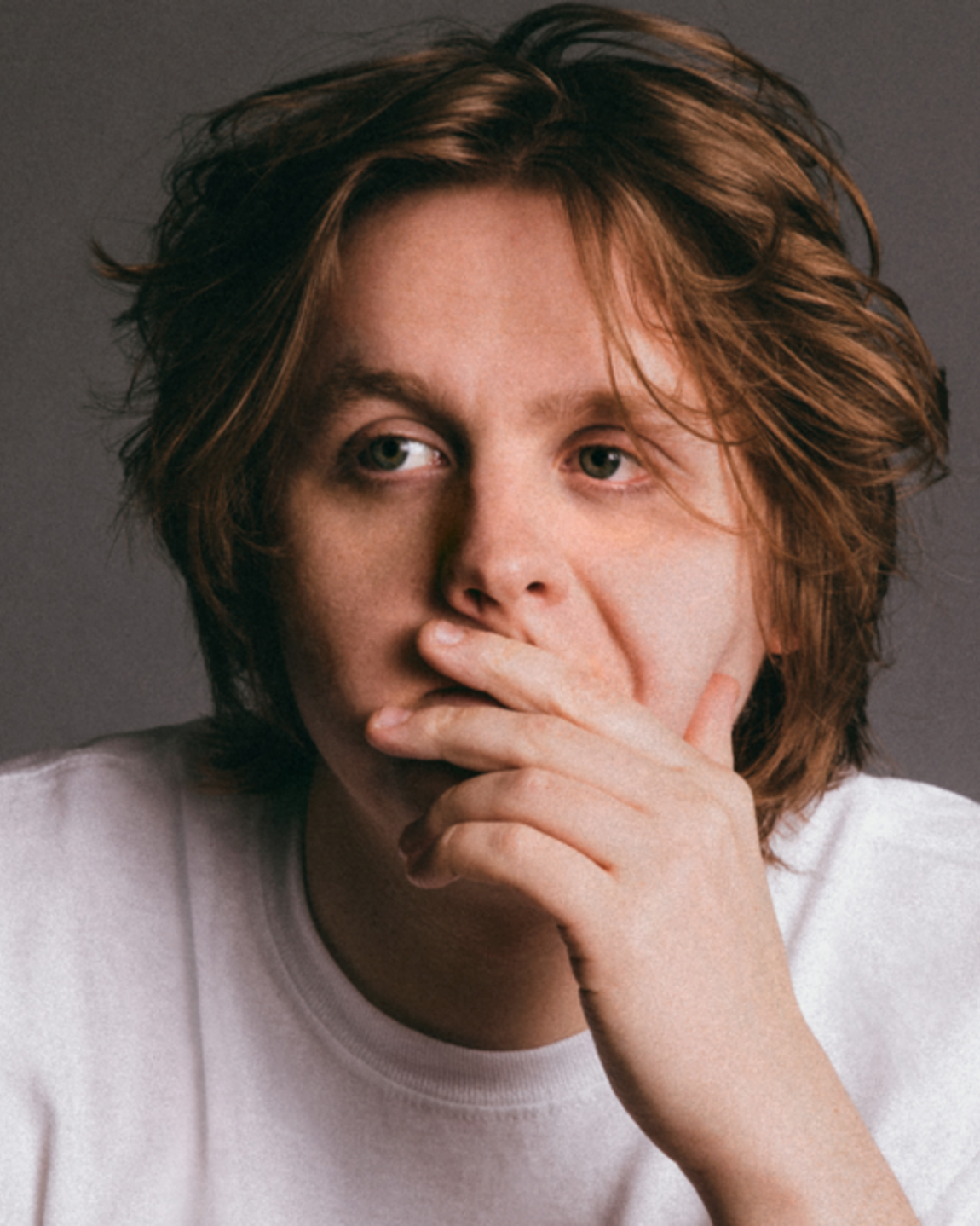 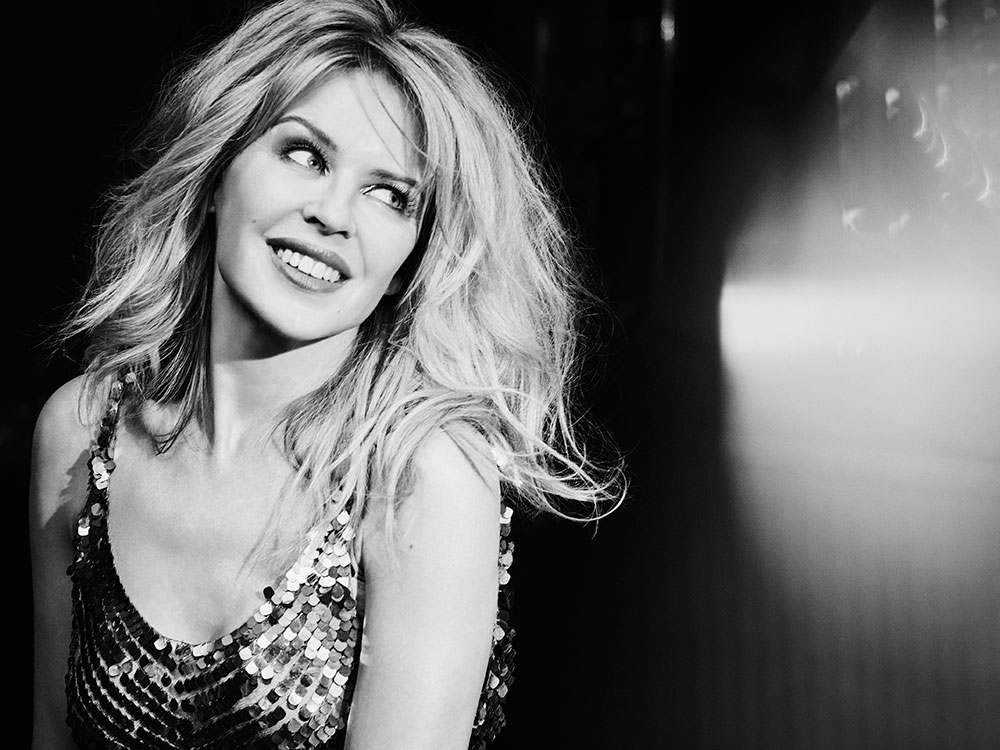 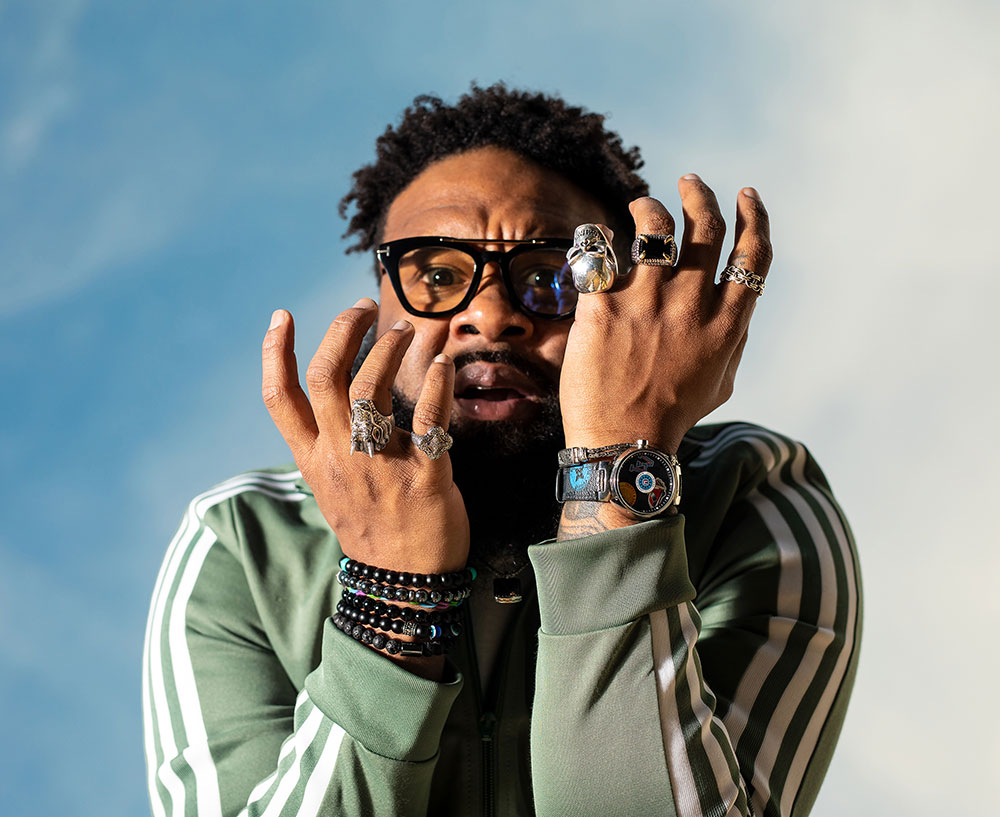 BMG stands for a strongly artist-oriented approach that attracts a lot of stars and newcomers. The company signed numerous new contracts with artists and songwriters from all over the world during the financial year, and also extended and expanded others. Award-winning country star Jason Aldean renewed his contract to be represented worldwide by BMG. Rock legends Keith Richards and Mick Jagger extended their publishing contracts with BMG. German rapper Kontra K, British singer Kamille and folk band Mighty Oaks will henceforth be represented by BMG in both recordings and publishing. New contracts were also signed by Rufus Wainwright, Natalie Imbruglia, KSI, Zac Brown Band, Seeed and Cage The Elephant, among others.
More on Jason Aldean
More on Kontra K
More on Cage The Elephant 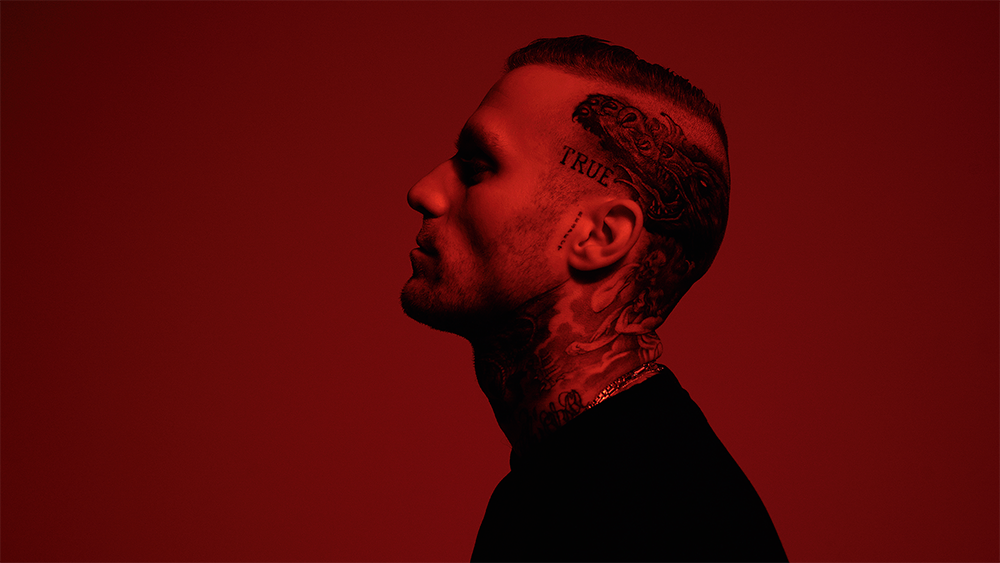 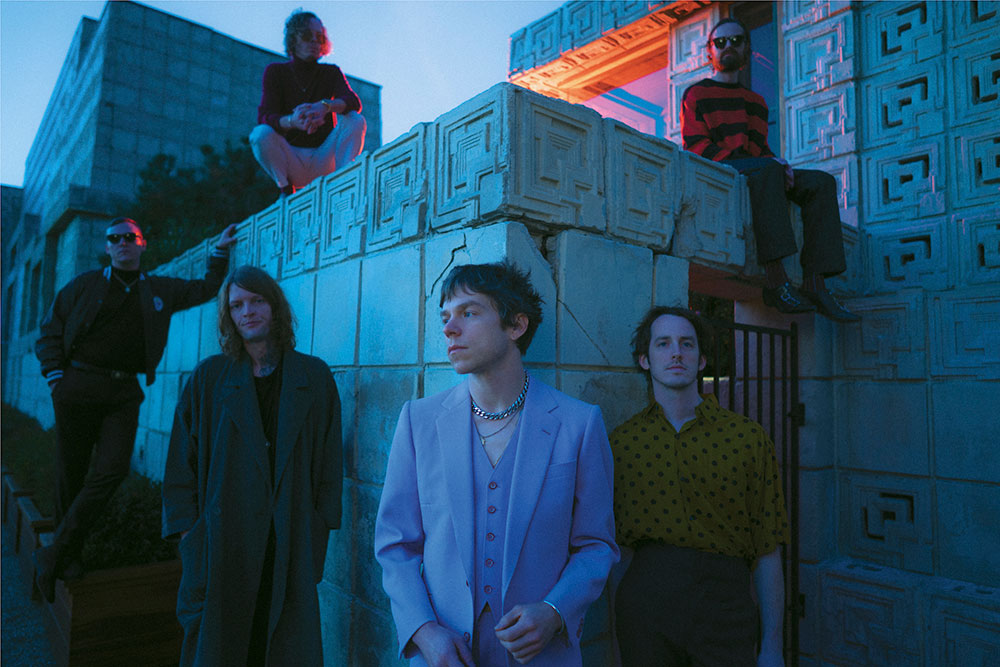 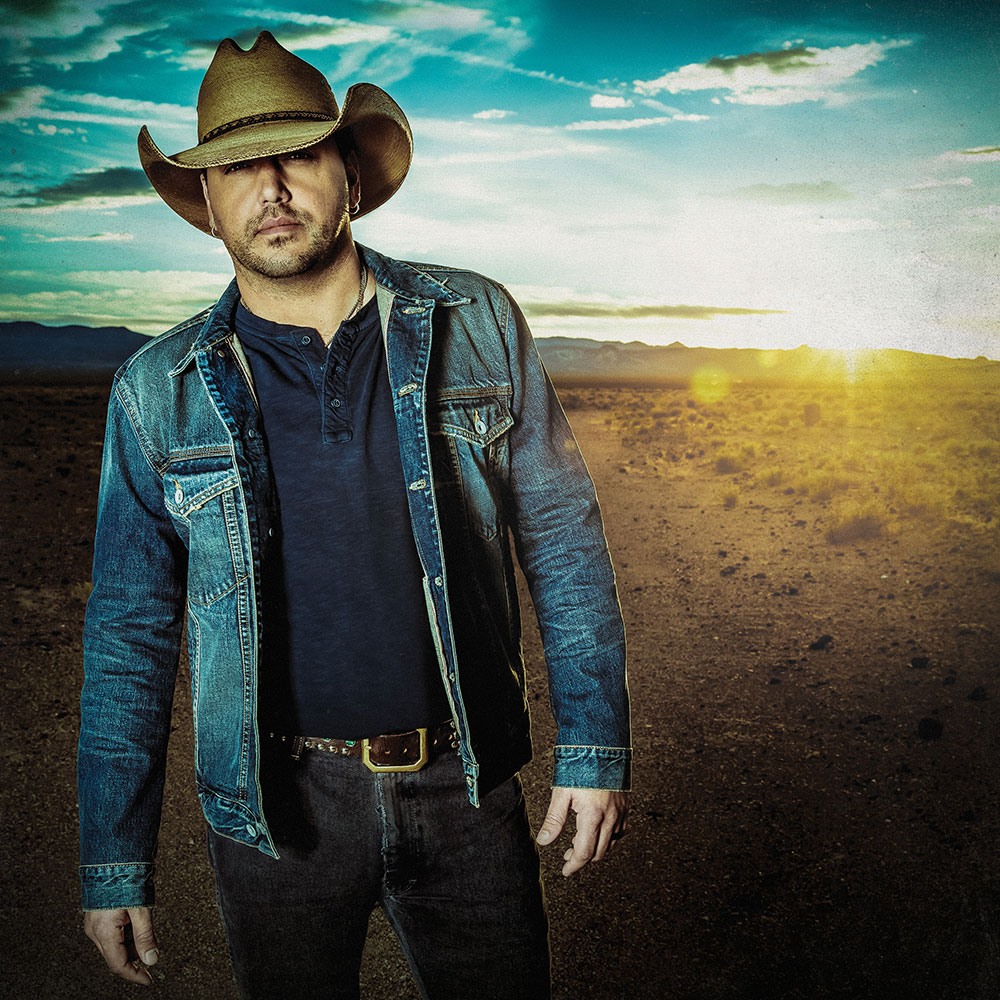 BMG continued to add new service options in 2019, and will from now on also offer artist management in addition to its services in music publishing and recordings, production music, music-related films and books. For this new service, the company partnered with US company Shelter Music Group. BMG is continuously developing its structures, processes and network in order to be the best partner for artists and songwriters – adding value to their careers and offering them better deal terms, while at the same time maintaining its core values of fairness, transparency and service.
Website Shelter Music Group